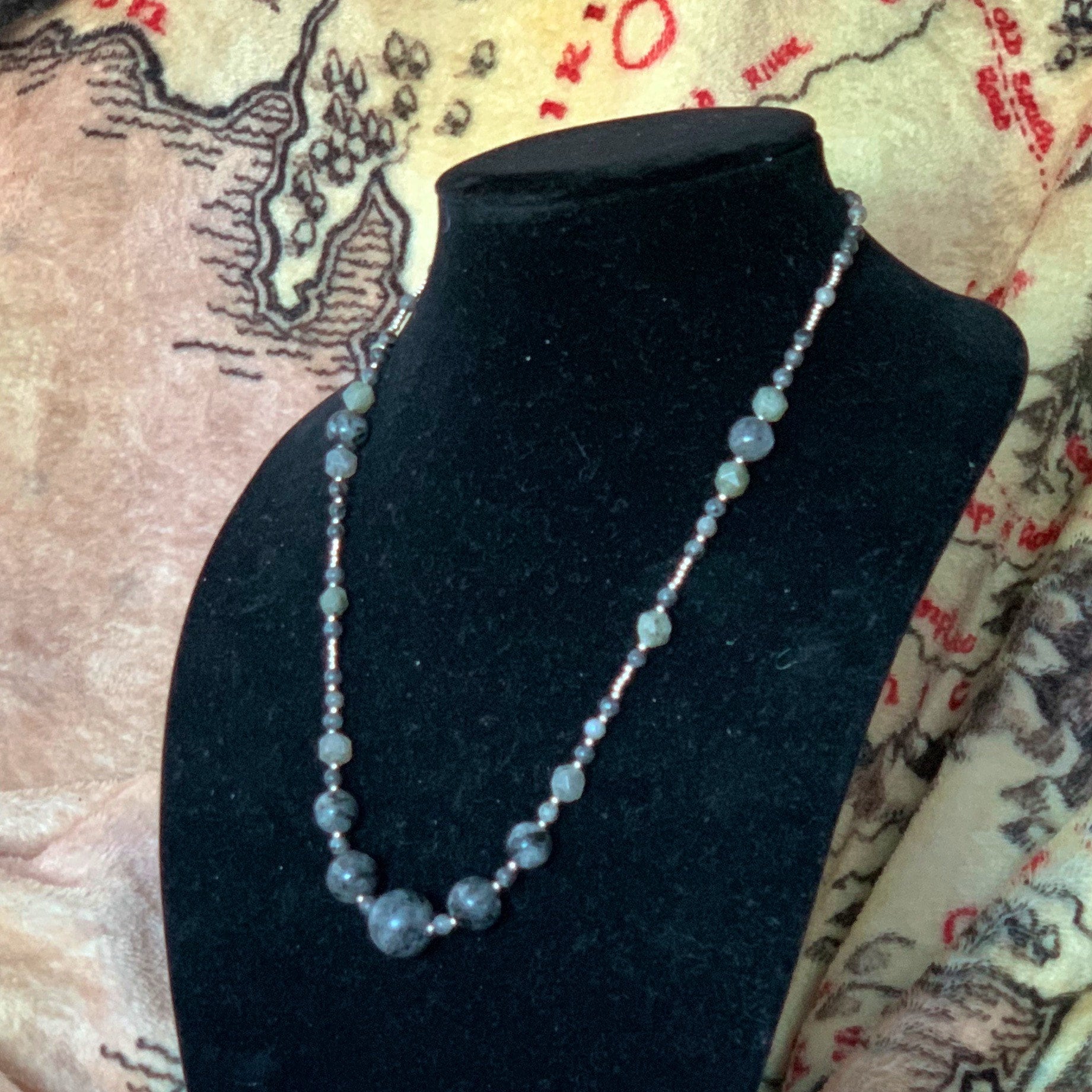 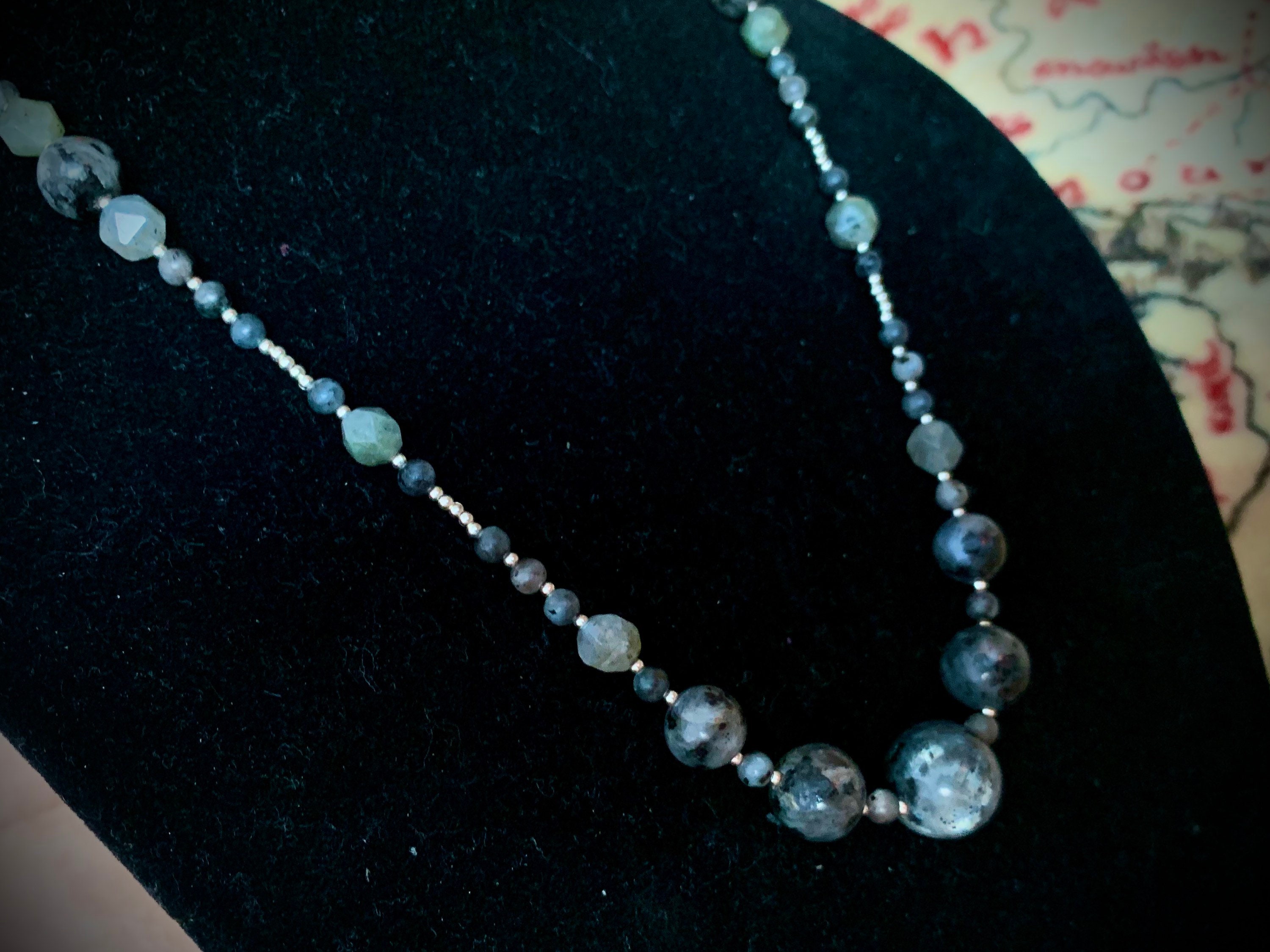 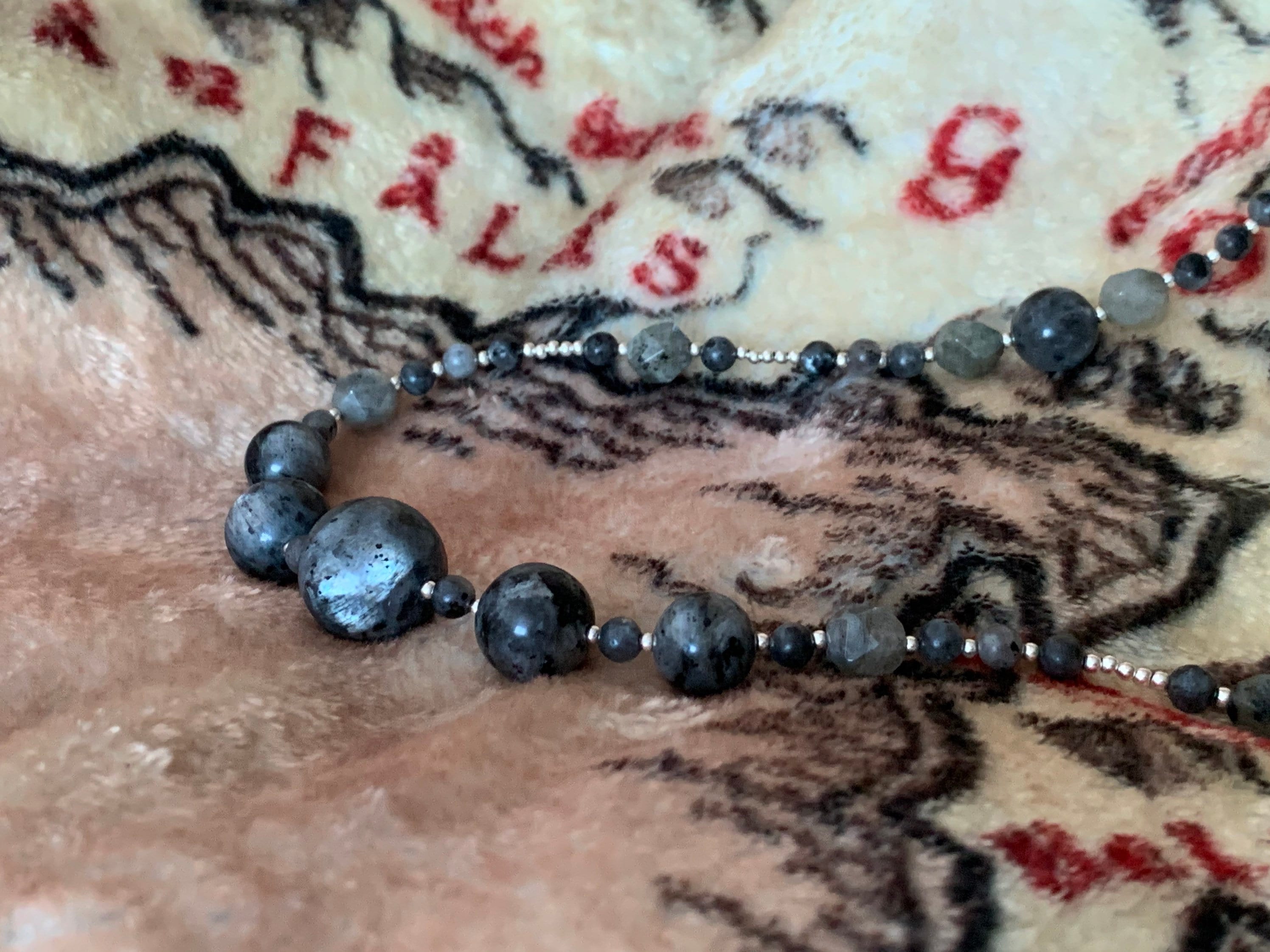 This piece is inspired by the long-broken lamps of the Valar, one of which was known as “Illuin.” In “The Silmarillion,” the Lamps of the Valar lit the world until they were cast down and destroyed by the fallen Vala, Melkor.

Labradorite comes in many shades of black and grey, and this graduated strand of beads from 4mm to 15mm gracefully shifts through many of them. The stones gleam as if lit from within as light enters them from varying angles and refracts, causing the white, green or blue “flash” effect.

None of these photos were doctored, the first was taken in diffuse mixed natural/artificial lighting, the second and third taken in sunlight.

Ship items back to me within: 30 days of delivery

I don't accept exchanges or cancellations

But please contact me if you have any problems with your order.

The following items can't be returned or exchanged

Because of the nature of these items, unless they arrive damaged or defective, I can't accept returns for:

0 items in your cart